Gastricballooning is one of the methods of weakening that can be done by endoscopic means. It is a method that benefits due to the overlay of the balloon in the stomach and the feeling of saturation and the stuffing of the stomach more quickly. Gastric balloon treatments can involved losing between 10-25 kg of weight. However, as with all slimming methods, changes in the patient’s permanent lifestyle, permanent improvements in eating and drinking habits make weight loss permanent.

After eight hours of starvation, the patient is put to sleep with sedoanalgesia and the gastric balloon is placed in the stomach with endoscopy. The balloon is then inflated with saline colored with methylene blue and the air balloon is inflated with normal room air. In general, balloons are inflated with an average liquid or air of 500 ml. As the size of the balloon increases, the feeling of fullness and satiation in the stomach increases, but tolerance is difficult. When there is leaking in the saline and methylene blue balloon placed in the balloon, the saline fluid, which is colored with methylene blue, is put in the urine and feces to be obvious by giving it a blue color.

Who should wear the Intra-Stomach Slimming Balloon?

Who should not be installed in the Intra-Stomach Slimming Balloon?

What Are The Relative Barriers to Inserting an Intra-Stomach Slimming Balloon?

How Thin Can People Get With An Intra-Stomach Slimming Balloon?

With intra-stomach balloon therapy, people can lose about 36-40% of their weight. Or in other words, they can give 30-40 kg in 12-month balloons or 6-month-old balloons applied twice in a while

Is there a difference between 6-month balloon therapy and balloon application in 12 months?

It is claimed that ballooning in 12 months will give the person the chance to create a more permanent lifestyle change and make the person lose more permanent weight. Gaining a habit of eating permanently can be more difficult after a 6-month monthly balloon. However, it can be applied twice in a 6-month balloon and converted into 12-month treatment. Assuming that one-fifth of the patients cannot tolerate the balloon early, it can be seen that the 6-month balloon will result in less economic loss.

Twelve months of balloons can increase and reduce the amount of fluid loaded into the balloon thanks to the flexible connection at the end, thus allowing it to reduce nausea. Likewise, there is a chance to increase the fluid in the balloon to increase the weight loss rate if desired later.

What are the benefits of the intra-stomach slimming balloon?

With intragastric slimming balloon therapy, people can get rid of pro-obesity diseases or reduce their diseases. Obesity-related pro-diseases include Obstructive sleep apnea, deterioration in the quality of life, arthritis, gallstones, coronary artery disease, cancers, diabetes, high blood pressure, gout, and infertility. When 5-10% of the body mass is given in studies, there is a significant decrease in diabetes, hyperlipidemia, hypertension, and other cardiovascular diseases.

Check for complaints after balloon inserting

The first three days after balloon inserting are very important. the stomach reacts to the balloon at the first moment. it produces nausea and spasms in the face of this condition which it is not accustomed to. After three to four days, he accepts. Take as long as possible for three days using medications given by your doctor. then you will see that you have lost the weight you want.

Click here to read the details of what should be done in the first three days.

Normal Foodscan be taken. A balanced and healthy diet should be maintained under the supervision of a dietitian. Less weight will continue to be lost.

6 months after balloon is removed

The transparent liquid in the diet phase:

In order for the balloon to be removed without problems, the full liquid diet mentioned above should be taken for the last 4 days. the last 36 hours of transparent liquid diet should be continued and nothing should be taken by mouth in the last 12 hours. The aim here is not to create the risk of aspiration during the process of food remnations that may be in with the balloon.

These recommendations should be applied for 6 months to maintain the weight given.

Behaviors that contribute to long-term success in maintaining weight

Gastric balloon types vary according to the duration of the application and according to the substance placed in it. Like water balloons, air balloons, six-month balloons, 12-month balloons. After applying a gastric balloon, gastric preservatives and, if necessary, medications for insulin resistance during treatment will support treatment. While air balloons have a little more advantage than to be tolerated, it is my personal opinion that aqueous balloons are somewhat more effective at losing weight.

Orbera, ReShape, Oballon, Spatz and Elipse gastric balloons have been approved by the FDA.
Orbera has been applied to over 250,000 people so far. It’s a juicy balloon. It is inflated with liquid and inserted for 6 months and removed after 6 months after endoscopy.

ReShapeconsists of 2 balloons combined. 2 balloons are inflated to 450 milliliters. It hangs out for 6 months. It is removed after being extinguished by an endoscopy at the end of 6 months.

Obalon, on the other hand, is a balloon that is swallowed and inserted without the need for an endoscopy. Inflated with 250 ml nitrogen blended gas. It is important to check with fluoroscopy that balloons are in the stomach before inflating. 3 Obalons are kept in the stomach for 6 months. At the end of 6 months, it is removed after extinguishing by endoscopy.

Spatz ballooncan stay in the stomach for 12 months. Thanks to the elastic connector tube at the end, it allows the balloon to shrink or enlarge with the help of an endoscope when necessary. It has more than 10,000 hang-out experiences in the world.

Elipse Balloon, there is no need for an endoscopy to be inserted is inserted by swallowing. After inflating with 550 milliliters of the liquid via the catheter attached to it, its contents are automatically discharged after 4 months thanks to its special valve. Because it is made of thin material, it does not need to be removed by endoscopy and is easily excreted from the body. 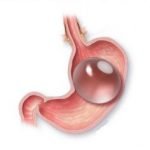